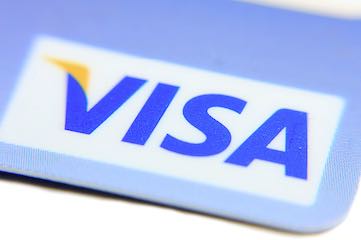 In January 2020, Visa announced it was acquiring Plaid for $5.3 billion. Perhaps because of the size of the transaction, or perhaps because Visa was acquiring a well-known and innovative technology company, the announcement was accompanied by much fanfare.

Before long, however, the U.S. Department of Justice began scrutinizing the transaction, resulting in the filing of an antitrust lawsuit to stop it.

This article will describe Plaid and explain why the Department of Justice is attempting to block the deal.

Plaid provides the technical integrations for a huge variety of apps to communicate with financial institutions. It is an enabler of open banking via APIs. Consumers can make and receive payments, view account balances and transaction history, and more. Using Plaid, developers can quickly and securely connect their apps with financial institutions, which used to take months, sometimes years.

If you’ve paid a bill from your bank account via an app or website, Plaid’s technology was likely involved. Venmo, Stripe, TransferWise, Robinhood, and Coinbase are a few of the reported 11,000 financial institutions (with 200 million consumer accounts) that connect to Plaid.

Plaid was founded in 2013. It has secured roughly $300 million in venture capital. Interestingly, both Visa and Mastercard were early but silent investors. And the $5.3 billion price that it offered for the company — precisely double Plaid’s valuation at the time — indicates Visa’s strong motivation.

Plaid has access to a vast amount of consumer data. According to the Department of Justice, “Plaid has become the leading financial data aggregation company in the United States.” It’s fair to call Plaid the Google of financial data.

Shortly after the January announcement, Visa CEO Al Kelly said the deal would “position Visa for the next decade. It will help expand the company’s own total addressable market and relationships with fintech companies, as well as boost Plaid’s growth.”

In other words, the intent was to increase Visa’s presence in the financial technology sector and to increase profits.

The Department of Justice believes the result would restrict competition. What follows is a summary of the DOJ’s case. No court date has been set, incidentally.

Visa is already a monopoly. The DOJ claims that Visa has become a monopoly in online debit-payment processing. Plaid, according to the DOJ, has developed technology that would challenge this debit monopoly.

Plaid was planning to use its technology together with its 11,000 banking connections to build a “bank-linked payment network that would compete with Visa’s payment processing and debit business.”

According to the Justice Department:

Visa is restricting competition. Visa is attempting to acquire Plaid to stifle a burgeoning competitor that threatens the billions of dollars in fees that Visa charges merchants and consumers to process debit payments.

Visa is protecting debit-card revenue. Visa considers the acquisition as an “insurance policy” to protect its debit card business. Indeed, according to internal communications, Visa’s CEO said that if it did not acquire Plaid, “Visa may be forced to accept lower margins or not have a competitive offering.”

Visa’s short statement in response to the lawsuit stated, in part, “Plaid is not a payments company. Visa’s business faces intense competition from a variety of players — but Plaid is not one of them.”

The benefits of a thriving consumer forum

Making Websites Easier To Talk To