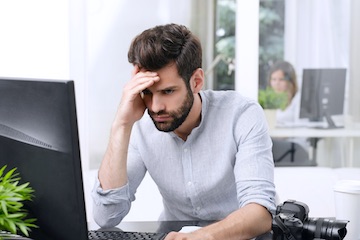 Have you been itching to get into ecommerce? Perhaps you’ve watched a slew of training videos. You’re ready to take the plunge.

There are a few ways to get into the ecommerce game. The first option is to get a job in the ecommerce industry, perhaps as an apprentice for a successful entrepreneur.

Another way is to start a business. You could do it as a side-hustle or as a full-time, all-in endeavor.

A third option is to buy an ecommerce business. Many ecommerce companies sell for around three times the annual profit.  A business with $200,000 in annual profit could sell for roughly $600,000, although there are many exceptions.

But what if you have an opportunity to buy a failing ecommerce brand, one with little or no annual profits?

… what if you have an opportunity to buy a failing ecommerce brand?

A friend came to me recently with an opportunity to buy what he believed was a strong ecommerce brand. But there was one catch: The company had failed. It was not open for business.

He asked me what I thought.

He was clearly excited. He saw a brand with years of Google organic rankings for prime keywords. It had an email list of thousands of customers and prospects and tens of thousands of Facebook and Instagram followers. Supplier relationships were in place.

Have you ever tried to catch a falling knife? That’s a saying from Wall Street. It refers to scenarios that are too good to be true. No matter how attractive the price, some deals are just stinkers.

My friend does not have ecommerce operating experience. Certainly he’s a smart fellow. And he has taken tons of training courses in web marketing and copywriting. But he’s never run an ecommerce business. And no matter how good the metrics seemed, the business he was considering had failed.

Perhaps my friend could make it work. After all, failing brands — such as Brooks Brothers, J.C. Penney — are being purchased this year with hopes of a revival. But the folks snapping up those brands are seasoned operators. Presumably they have a grand plan and know how to execute it.

But if you’re an ecommerce newbie like my friend, I strongly suggest not trying to catch that falling knife, for several reasons.

First, the entrepreneurs behind these brands rarely admit that they failed and, as such, that their brand is not valuable.

For example, a few years ago a strength and conditioning brand failed. I made an offer to buy the remaining assets. The owner had founded the company. My offer was in the range of $100,000. He countered that anything less than $2.5 million was an insult.

I rescinded my offer and wished him the best. He never sold the assets for any price, let alone the $100,00 that I had offered. In hindsight, my offer was too high. I’m glad he rejected it.

Second, the failing company may have an extensive list of customers and social media followers, but do those folks remember the brand? What do they think of it?

Many failing businesses engage in anti-customer behaviors. I’ve seen failing brands sell their lists to spammers, use substandard inventory, disavow warranty coverage, and engage in poor customer service — all to rescue the company.

Third, the brand might have burned suppliers. And suppliers talk to each other. If a supplier gets stiffed, its representatives usually tell others. Thus my friend may think he could resume production quickly. But the reality is he may have to find new suppliers who demand onerous terms.

In short, think twice before buying a failing ecommerce brand.

Charts: Plastic Waste from Ecommerce Is Flooding the World

Native Deodorant Founder on Scaling to $100 Million in 2 Years

Internationalization And Localization For Static Sites