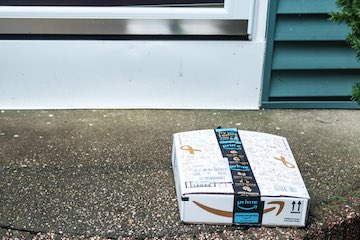 Porch piracy is on the rise, with 43 percent of American consumers surveyed saying they had an ecommerce delivery pilfered from their front porch in 2020, according to a recent report.

C+R Research asked 2,000 self-reporting shoppers about delivery theft in November 2020. Some 58 percent of the respondents resided in single-family dwellings, 29 percent lived in apartments, and condos or other living arrangements made up the balance.

The survey was conducted on Amazon’s Mechanical Turk, so the results might not be as accurate as a phone survey, other online survey tools, or a review of retailer data, given that Mechanical Turk respondents are paid and more likely to use Amazon and Amazon Prime than U.S. consumers generally. Nonetheless, the survey may be an indicator of a growing problem.

C+R has used a similar questionnaire for the past few years, and the reports of delivery theft have risen. In 2018, 31 percent of the shoppers who C+R surveyed reported having at least one package stolen as it lay waiting outside of their front door. In 2019, that percentage had risen to 36 percent, and, as mentioned above, in 2020 43 percent of folks asked said a crook had taken a package from their front step.

Similar reports or surveys from Canary (a home security company), Security.org, and others put the number of American shoppers who have had a package taken from their front door between 18 percent and 40 percent. Most published surveys that I’ve reviewed report theft of this type is increasing.

Many factors could be contributing to the rise in ecommerce package theft from Americans’ front steps. These factors include significant growth in ecommerce volume, economic conditions, delivery failures, and even so-called friendly fraud.

Ecommerce growth. Depending on who you ask, U.S. retail ecommerce sales rose somewhere between 20-and-40 percent in 2020. For example, The United Census Bureau said that third-quarter ecommerce sales in 2020 increased 36.7 percent over the same quarter of 2019.

Thus doorstep theft could simply be rising with the number of packages delivered.

Economic conditions. The pandemic-driven recession might also be a factor.

A 2007 study found that a relatively lower rate of property crime in the 1990s may have been related to the positive consumer sentiment. If the converse is also true, the current recession might be related to more porch privacy. A 2012 United Nations report, which did not include data from the United States, identified an apparent relationship between economic crises and crime.

Perhaps the Covid recession is contributing to package theft.

Delivery failures. Some of the growth in porch piracy could be related to delivery problems. A customer may assume a package was stolen when, in fact, it was delivered to the wrong address. The retailer says it was shipped. The carrier says it was delivered. But in reality, the box is two doors down or two streets over.

Friendly fraud. Some reports of porch privacy could actually be refund fraud.

“Refund fraud is an easy path for a customer to take if they want to have their cake and eat it too (or, have their watch/shoes/game/etc. and keep the money too),” wrote Shoshana Maraney, content and communications director at fraud prevention firm Identiq.

“They can simply claim that the parcel never arrived (porch pirates are a scourge these days) or that it was broken on arrival. Retailers who aren’t accommodating about refunds tend to receive chargebacks.”

Shoppers can do a lot to stop the theft of ecommerce orders, but they should not have to do it alone. Retailers can help.

For example, retailers can communicate with customers. In 2019, The New York Times ran an article saying that 90,000 packages a day disappear in New York City. If an order comes in from Manhattan, a retailer might send an automatic email describing what a consumer can do to prevent theft. This message could encourage the shopper to meet the package at their door, use an alternative shipping destination such as an office, or have the package held with the carrier for pick up.

Besides communicating with the shopper, a retailer might offer free or low-cost theft insurance or ship items in discrete packages that conceal brand names. It may also be possible with some carriers to schedule delivery only for when a shopper is home and can answer a door.

When to Consider Ecommerce Shipping Insurance

Online Fraud in 2021 Is Booming

How To Build A Node.js API For Ethereum Blockchain

How We Improved SmashingMag Performance
Scroll to top Call Now